Hi everybody. As anticipated, my recent move from Italy to Dublin to take up a demanding new day job has greatly cut down my blogging activity. But there’s a post that I simply must write.

Anyone who is familiar with my blog will know that from December 2014 to July 2015, I published a large number of interviews with science fiction and fantasy bloggers, podcasters, magazine editors and Youtubers. The series of 102 interviews took me – in the virtual sense – all over the world. Today I am finally getting around to reflecting a little on all those questions and answers. 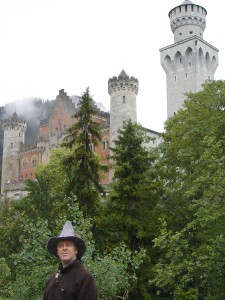 My focus initially was on bloggers and magazine editors, the two categories with which I was most familiar. I later included podcasters and Youtubers who talk about books – they call themselves “booktubers”. These new categories gave me – and I hope my readers as well – a lot of useful information about how podcasts and Booktube work. They also made me aware of how divided SFF fandom is, particularly as regards Booktube.

Before starting to interview some tubers, I shared the common prejudice that people talking about books on Youtube are always teenagers enthusing about Young Adult fiction. I was pleasantly surprised to find that there is a strong community of serious, knowledgeable SFF fans on Booktube. Booktube is also the one area of SFF fandom that appears to be dominated by women.

If you have not already done so, read my interviews with some of the tubers, or find them in the list of blogs I follow on my front page. Giving a bit of attention to Booktube is one of the aspects of the interview series I am most proud of.

One of the simply most pleasing aspects of the series was getting to know – at least in the virtual sense – lots of cool people with a passion for reading science fiction and fantasy. I hope that many of them will remain online acquaintances for a long time to come.

Although the 102 interviews cover a wide spectrum of fandom, they do not of course include absolutely everyone. In many cases, that is because the interviewee declined to participate. Some people have been surprised to learn that fans might turn down the chance to talk about themselves and their passion. Surprising, perhaps, but true. Some bloggers may have been genuinely simply too busy. I invited equal numbers of men and women to be interviewed, but a greater number of women declined. That might be sadly understandable when they receive a message from a man they do not know, or know only virtually – the internet in general probably would show similar tendencies.

A more surprising aspect, though – and one that can tell us some important things that are specific to blogging and related activity – is the number of refusals or non-responses from interviewees operating outside what I would call the mainstream. By “mainstream”, I mean the activity of focusing largely on new or recent releases by major publishers and/or well-known writers. It was important to me to cover that mainstream world, but I also wanted to give space to those who choose to concentrate on a very specific or minority aspect of SFF. Many – fortunately, not all – of the non-mainstreamers declined. That is a shame, but probably consistent with the choice of following a totally non-commercial, private passion.

Interestingly, I managed to lure out of retirement some victims of “blog burnout” who still had just sufficient energy to talk about it. Like me at the moment. “Temporary life burnout?” Not catchy, but very common, I am sure.

Will I do more interviews in the future? Possibly. I would be interested in re-visiting certain interviewees who have taken a new direction or started a new initiative. In the first series, I tried to give space to new players, so that would be a constant. Also, there might be a new invite for those who recklessly declined first time around.

Will I revisit the first series to provide more analysis and impressions? I would like to, although I would also like to blog about other things. So, possibly… .